Today I returned from Leeds, where Samsung gave me the chance to attend the Olympic Torch Festival that was held in Temple Newsam Park which wasn’t far from the centre of the city!

Despite the forecast being a rainy one, the sun came out and a great day was had by everyone who attended. Here’s what I got up to on the day!

First off I visited the Samsung area, even though this event was lead by Coca Cola, Samsung still had an area set up where the general public could record messages for Team GB athletes! (If they did they got entered into a draw to win Olympic tickets) 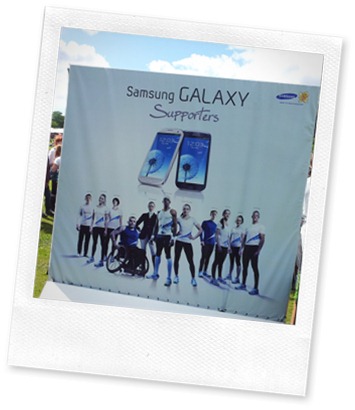 Oh and maybe get a pair of the very popular BAM BAM sticks! 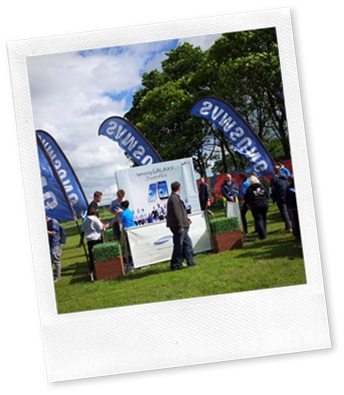 There was also a stand set up for the general public to have their pictures taken with the Olympic Torch or they could have a caricature drawn by a professional artist on the Samsung Galaxy Note! This proved very popular and the queues were huge! 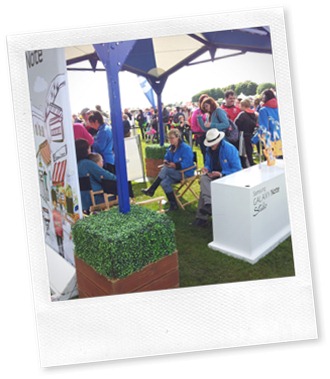 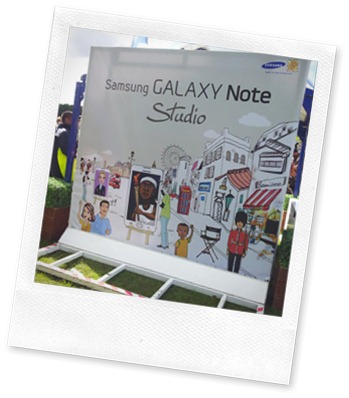 Usually at these events there is a Samsung Pin Store set up so that people can have a look at Samsung’s latest hero products; the Galaxy S3 and the Galaxy Note, but unfortunately because of the inclement weather lately the ground was too muddy and the pin wasn’t set up, so instead promoter staff and Samsung Mob!lers took to the queues to mingle with the people and educate them about these fantastic devices, and maybe hand out a few freebies too! 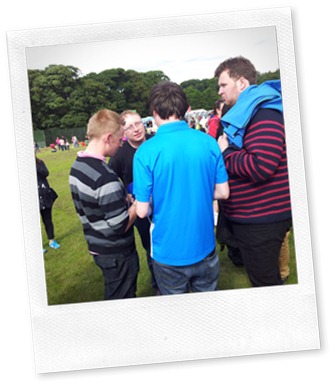 I myself got to speak to a lady in the queue and so asked her a few questions of my own and used my Galaxy Note to write down what she said:

“Loves the Galaxy family of devices, especially the Ace, but after seeing the S3 I might have to buy one of those instead”

“Definitely going to record a message of support for our athletes, need to support Team GB!!”

After checking out Samsung’s area myself and some of the Mob!lers went to check out the rest of the event! Our next stop was Lloyds TSB who are also one of the primary sponsors of the Olympic Games along with Samsung and Coca Cola, at their stand they were giving people the opportunity to have their photo taken with the Olympic Torch. Not only that but they were handing out lanyards, which had a detachable section at the bottom. This is where you filled your details in and then posted your ticket into the hot air balloon that they had set up. However there was a twist, the basket of the hot air balloon was sectioned into four, each one representing a local charity, depending on which section had most tickets inside then Lloyds would donate around £4000-£5000 to them. Oh and also a “winning” ticket would be drawn from the basket and that person would win four tickets to the Olympic Games! Neat huh?

After that it was hard to not notice the presence of Coca Cola….EVERYWHERE, so I set off to see what they were doing at this event. It wasn’t long until I noticed a few strange people dressed in red with pretend moustaches and flags, dancing through the crowd and doing strange things….these were the Coca Cola men. 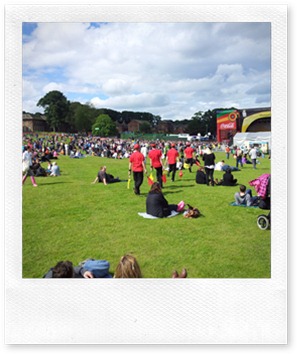 Here they were running through the crowd and waving their flags at people, a little odd but it certainly got people excited! 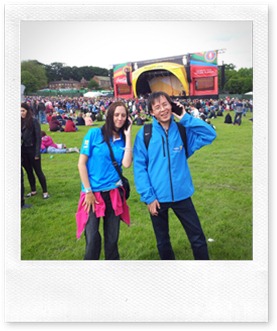 It was also really easy to notice that the stage where the acts were performing was totally covered in Coca Cola colours too, they really went to town on this event! 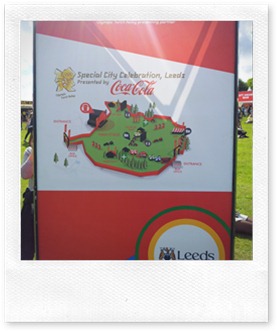 As we walked further around the site (and what a big site it was!) we noticed a crowd gathering at the Coca Cola van! This is where they were handing out drum-type freebies and free Coca Cola in limited edition metal bottles! (I myself went for Coke Zero and I think I’m going to put some flowers in it!) 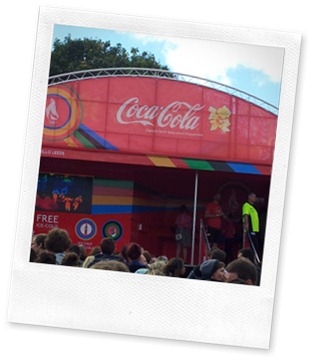 We managed to collect both of the limited edition bottles and here they are: 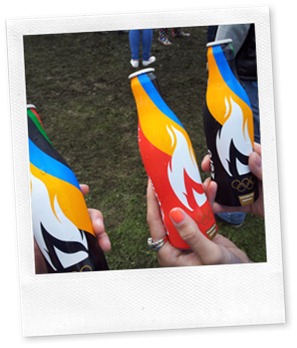 Each bottle carries a mini flame, so it’s kind of like you’re carrying a mini Olympic flame in your hand! 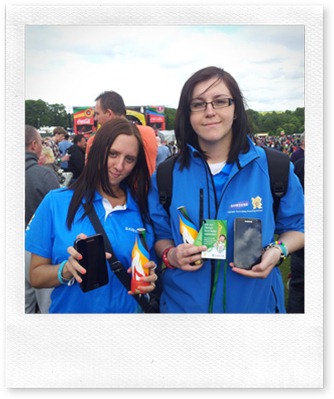 Christine and myself decided to pose with all the stuff we got from the different sponsors, clearly loving my Galaxy Note and my Olympic uniform though!

That wasn’t the end though! We decided to do a bit more exploring before the main festival and our favourite bit of the concert kicked off (the Samsung Galaxy Tour…obviously

) ….at which point I found myself at the centre of an imaginary Basketball game with some more Coca Cola people!

It was entirely random, but oh so fun! Check out the video below! 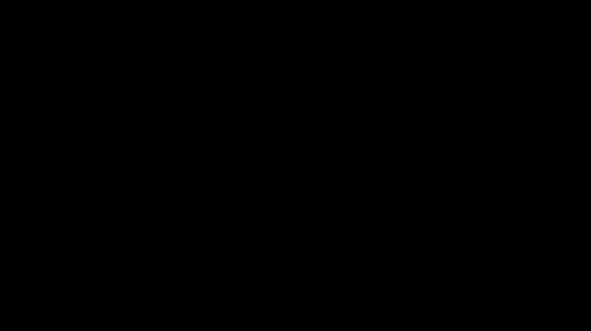 See Part 2 for my recap on the Olympic Concert! ….well the Samsung Galaxy Tour bit mostly